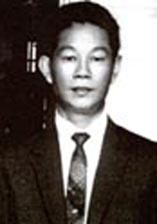 After the Second World War, two main students of Lo Si-Gung (“si-gung” means ‘teacher’s teacher’) – both as it happened in Hong Kong – emerged: Wohng Hon-Fan and Jiu Ji-Man (Chiu Chi-Man). The latter’s nephew, Jiu Lun (Chiu Leun) he grew up in Toisaan County, Gwangdung Province, but spend some of his early years in New York when he came back to the city when he in his thirties in about 1960. He taught the 7star mantis style of gung fu from that time, until 1983, when he retired from public teaching. He continued to occasionally teach and meet with his primary students over the years until his death.

Until recently, in general, he only version of Chat Sing Tohng Long that was seen outside of China in books or other traditional media was the one practiced and aggressively promoted by Wohng Hon-Fan. One reason for this was that while Wohng felt he wanted push his version – Bak Tohng Lohng, or “Northern Praying Mantis” as well as his name and took every opportunity to do so. He was very successful in this and his Bak Tohng Lohng has remained a version that is practiced by numerous students of Chinese Gung Fu. It is not however the only one that exists.

Sifu Jiu Lun (Chiu Leun) ‘s sect has a great amount of information which we hope to share and exchange.

In our present form, we exist to foster useful  research, the preservation of the various classical techniques, and methods Northern Shaolin 7 Star Pray Mantis. Moreover, we support and promote the continuous development of our humanity through the cultivation of our physical, spiritual, emotional and social awareness/perception in keeping with Shaolin Buddhist and Daoist/Taoist concepts of expanding self knowledge by reaching beyond self.

While within the context of our mission we use area of Chinese martial arts system known as Chat Sing Tohng Lohng Kyuhn – Seven Star Praying Mantis, we hope that others will match and better our efforts in their own style or system, within the context of their own personal discover and evolution of social, cultural and physical perceptions.